With 18 Professional and Amateur Artists, 50 Wildcard Walk Ons, Four Stunning Locations, and One Winner Set to Be Crowned Canada’s Landscape Artist of the Year, Watching Paint Dry Has Never Been More Exciting

Following Sky Arts UK’s best-performing, non-scripted series of all time, Landscape Artist of the Year, the highly-anticipated Canadian adaptation, brings together 18 of the country’s best professional and amateur artists alongside 50 wildcard hopefuls to compete for a chance to be crowned Landscape Artist of the Year Canada . Hosted by Sook-Yin Lee, the all new original series sees the artists have just four hours to create a landscape masterpiece. The winning artist will not only be crowned Landscape Artist of the Year Canada, but will also walk away with a $10,000 cash prize and will have their artwork on display at the prestigious McMichael Canadian Art Collection – home to some of Canada’s most iconic landscape art.

The world broadcast premiere of Landscape Artist of the Year Canada airs Sundays at 9 pm ET/PT, starting February 16, exclusively on Makeful during the channel’s eight-week free preview event running from Feb. 3 to April 5 across Canada.

Each episode of Landscape Artist of the Year Canada travels to breathtaking and truly Canadian backdrops, from Muskoka’s picturesque Lake Rousseau to a rural country farm in Barrie. Two winners from each location will go on to compete in the final. However, these artists aren’t the only ones trying to impress the judges. The competition also sees 50 more artists descend onto each location to try their luck as wildcards, and if any catch the judges’ eye, they too have a chance to compete in the final.

Alongside the host Sook-Yin Lee, the four-part series sees expert judges Marc Mayer, former Director of the National Gallery of Canada, and award-winning artist and educator, Joanne Tod, determine the winners of each location until only one artist remains.

Using their own material and style, the artists have just four hours to create their own rendition of the landscape before them. From oil paint to acrylic, collage work to mixed media, the artwork is as diverse as the artists themselves.

Landscape Artist of the Year Canada is produced by marblemedia in association with Blue Ant Media and CBC. Based on the UK format, it is distributed by Banijay Rights, and was originally produced by Storyvault Films. Following the world premiere on Makeful this February, CBC will also air the series later this year.

Meet the 18 chosen artists competing for the title of Canada’s Best Landscape Artist.

Makeful is a Blue Ant Media lifestyle specialty channel celebrating the creativity that exists within us all. Makeful’s programming combines food, design, style and DIY series, featuring passionate personalities who share their ideas and inspire audiences to bring imagination into every aspect of their lives. Makeful also unites the creative at heart with fresh and contemporary content through its digital and social platforms. BeMakeful.com

About marblemedia
marblemedia is an independent, leading global entertainment company headquartered in Toronto, Canada. It develops, produces, and distributes compelling primetime scripted, unscripted, kids and family content both for the domestic market and for a wide range of high-profile platforms and broadcasters around the world. Learn more at marblemedia.com

CALLING ALL ARTISTS FOR 2021 EXHIBITIONS!

Just a little reminder to… 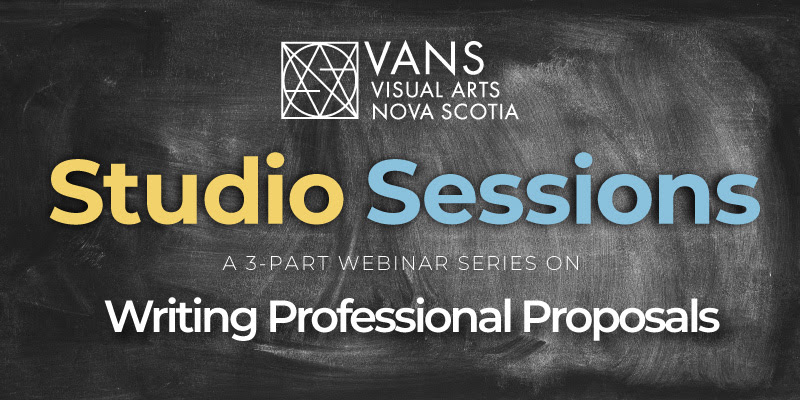 Studio Sessions webinar series for artists starts next Wednesday, February 19 at 6pm and focuses on the essentials for writing professional proposals. Each of the 3 one-hour sessions will be instructed by artist and gallery director Melanie Colosimo and covers the tips and tricks for writing professional proposals (including how to get organized, writing CVs, artist statements, and more). Webinars are only $18 each for VANS Members ($28 for Non-members) or you can bundle all three for just $45 ($75 for Non-Members). The registration deadline is this week so sign up online today:  visualarts.ns.ca/program/workshops-webinars! 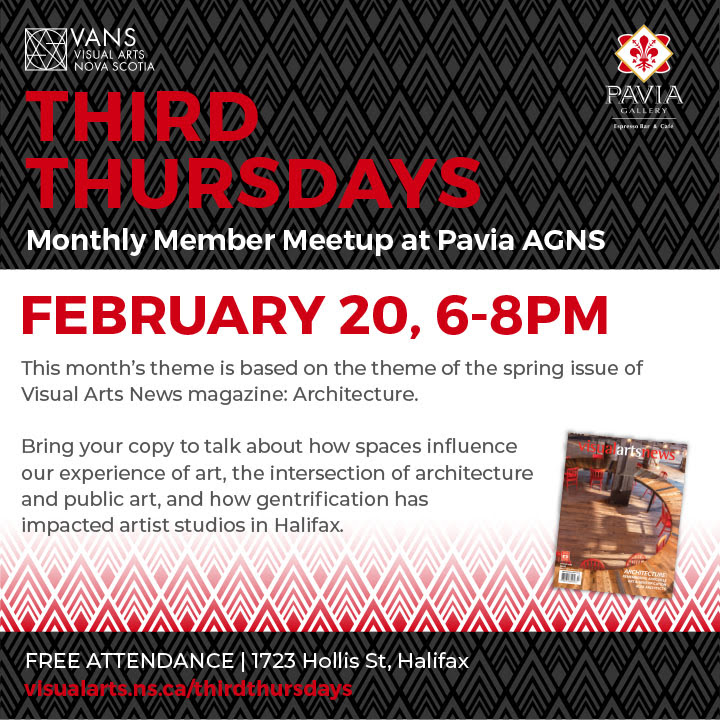 We’re introducing Third Thursdays: Monthly Member Meetups hosted by Pavia! Join Halifax based writers Julian Covey and Amanda Shore to talk about how architecture and municipal policy affects artists and communities. Bring along your copy of Visual Arts News, sit down for a coffee and join the conversation.Third Thursdays will happen at Pavia every (you guessed it) third Thursday of each month with a different theme and discussion topic. The first Third Thursday meetup is happening February 20 from 6 – 8pm at Pavia Gallery Espresso Bar and Café, Art Gallery of Nova Scotia location, 1723 Hollis St. Halifax.

Send us your news!

We will soon send out the Spring Edition of Members’ News so let us know what you have going on this spring. Have you taught or taken a great class, or participated in an exhibition or residency? Let your peers know! We can tell you that they actually want to know your news, as Members’ News is the most read email we send out. Any VANS member can send along their brief updates (less than 100 words, written in 3rd person) to communicate@visualarts.ns.ca with the subject line “Members’ News”. Deadline: March 9. 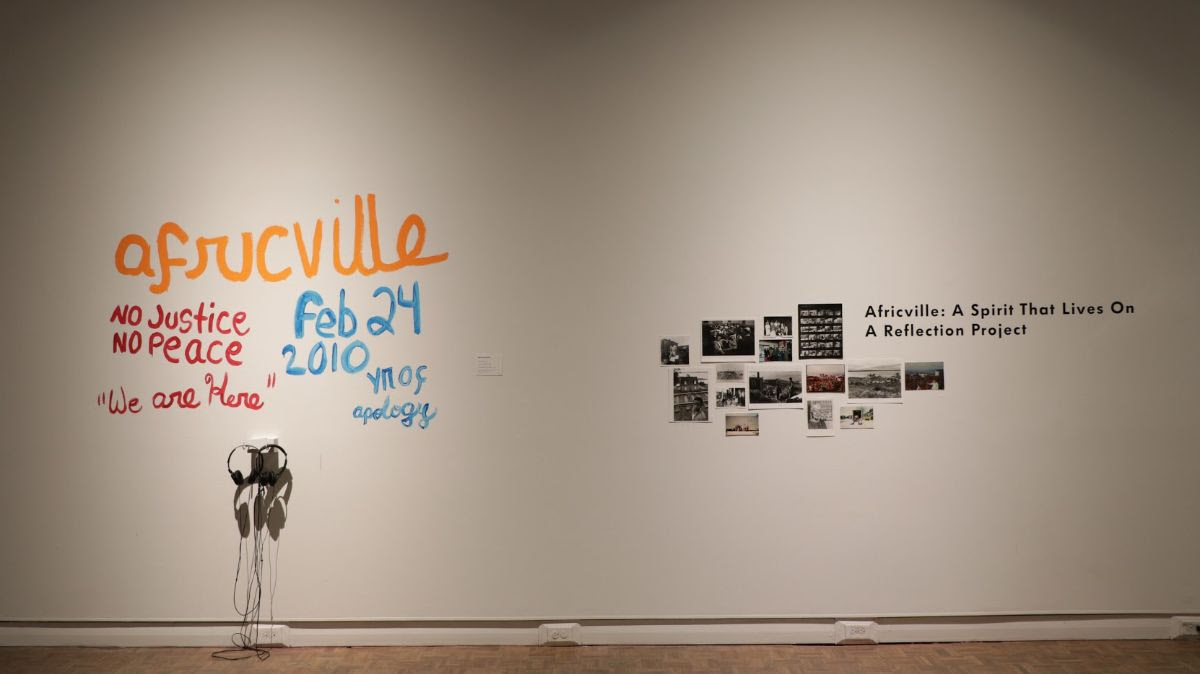 The VANS office will close for Heritage Day.

The VANS office will be closed this Monday, February 17 for Nova Scotia Heritage Day. This year’s Heritage Day honouree is the community of Africville. Read Julian Covey’s article Remembering Africville as he discusses the MSVU Gallery exhibition Africville: A Spirit that Lives On – A Reflection Project in the spring issue of Visual Arts News. 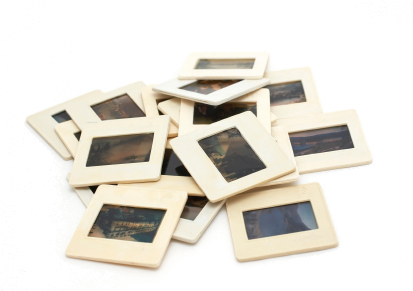 Pick up your slides.

The VANS slide library is ending In the age of print photography, the slide library used to be a way members could safely store duplicate documentation of their work safe from fire and flood, but now with the Artist Pages accessible to every member (and with so many members having their own website or social media as a way to store and share images of their work), the slide library has become obsolete. We will be deaccessioning all the slides by June 2020 but if you have slides at VANS and want them back please get in touch and we will make arrangements with you.

VANS membership gives you access to various VANS programs, information, opportunities, a subscription to Visual Arts News magazine, an Artist Page on our website, a large provincial community of colleagues and peer networks, and more. There are membership changes this year, including the option to have your membership auto-renew and an Artist Page included with every membership. You can  renew your membership online, in person, by cheque, or by calling the VANS office at 902-423-4694.

Paulin created a new collection of 12 paintings for her exhibit that will be displayed at Round Hill Studio in March 2020 called: “Where Are We Going?”. Her idea for this series occurred to her from seeing images all over the media about the devastating impact of climate change; the global refugee crisis; South of the border politics; and, geo political movements in Europe. Her views of what’s going on in the world have a visual presence within these art pieces. We invite you to emerge yourself in the conceptualization of one artist’s question: “WHERE ARE WE GOING?”

The Lunenburg Art Society opens its 2020 season on March 5th with the Junior and Senior High School students’ art exhibition, titled “Mind’s Eye”. It will feature the art of over 200 students from seven schools in the Regional Centre for Education.

Everyone is invited to visit the exhibit in the Lunenburg Art Gallery, Wednesdays to Sundays, March 5 – 22, between 12 and 5 pm. The gallery will be open every day during March Break from 12 – 5 pm. The public is welcome to come and enjoy some hot-buttered popcorn at the show’s opening reception on Thursday, March 5 at 7 pm.

PLEASE NOTE THE DATE HAS BEEN CHANGED to

Because of popularity, I have had to change the date to accommodate everyone! ~ Rhonda

Come and learn watercolour painting in a friendly, small class environment.
The class will be held at the North Woodside Community Center, 230 Pleasant Street, Dartmouth, NS

This is a beginner course and here you will learn everything from the basic supplies and their uses to a ton of tips, textures, techniques and a WHOLE lot more~!…….By the end of the class you will have the knowledge and confidence to see your subject matter more clearly and be able to work on your own with ease. Come and enjoy a full hands-on experience.
I have been painting in watercolour since 1995. I am represented by The Teichert Gallery and 14 Bells Fine Art Gallery, both in Halifax.
FACEBOOK: www.facebook.com/RhondaMarineauFineArt
**Please contact me directly for more information and or registration

“I loved class last night! you are an amazing teacher and the class is so well organized, it is a real treat. Thank you.” – Kellie

Every Tuesday, 1:00 – 5:30, at the old School House on Route 16 in Boylston. Sponsored by ArtWorks East, the new association for artists and crafters in Guysborough County. 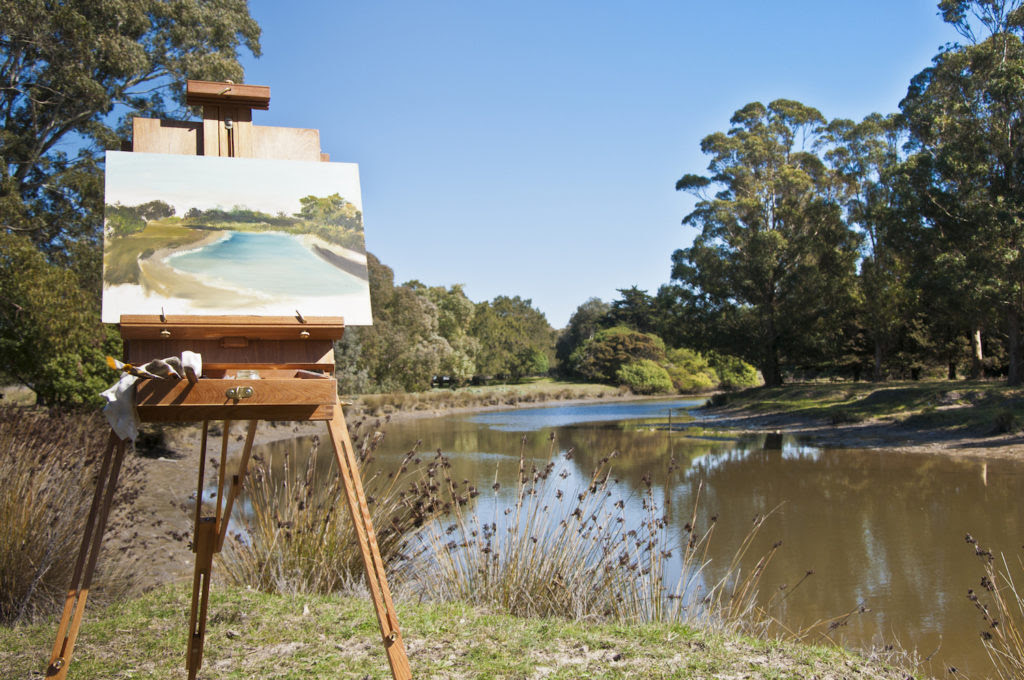 What is the Northumberland Arts Council (NAC) Painting Group, you ask?

Simply an opportunity for NAC members to paint together on
Wednesdays from 2 to 4pm
(as of March 1)
at the Tatamagouche Library.

Please bring canvas and paints.
Important to note that this is a gathering, not lessons.

For more information about the group,
please contact Jan Haynes at 902.657.3355
or
janetmehl1@gmail.com

Not a member? You can join by contacting Debra Martyn (nacdebra@gmail.com).
Annual fees are $20 for individuals and $25 for families.