Plus Bonus Exhibition in the Classroom

The Work of the Community
Art Lab has extended an invitation to the artists of our community who create some beautiful works but have no place for the public to view them to join us for this last exhibition program of the season. The class room will be their gallery and already it’s filling up with a great variety of art works.

The Maritime Painted Saltbox will be open Saturdays and Sundays through until the Holidays, and by appointment.  We are following all the Covid-Protocols, wearing masks, sanitizing hands, and distancing.  If you are unavailable to travel during this pre-holiday season, please visit our website and if you see something that interests you, please contact us. And if you wish to visit outside the scheduled hours, email or telephone us to arrange a time. 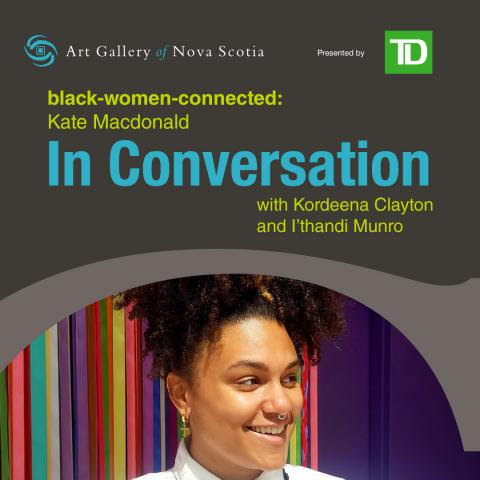 Art can be a powerful tool for change.

Visit here for a conversation with artists Kate Macdonald, Kordeena Clayton, and I’thandi Munro as they discuss staying connected through blackness, motherhood, art, and activism. 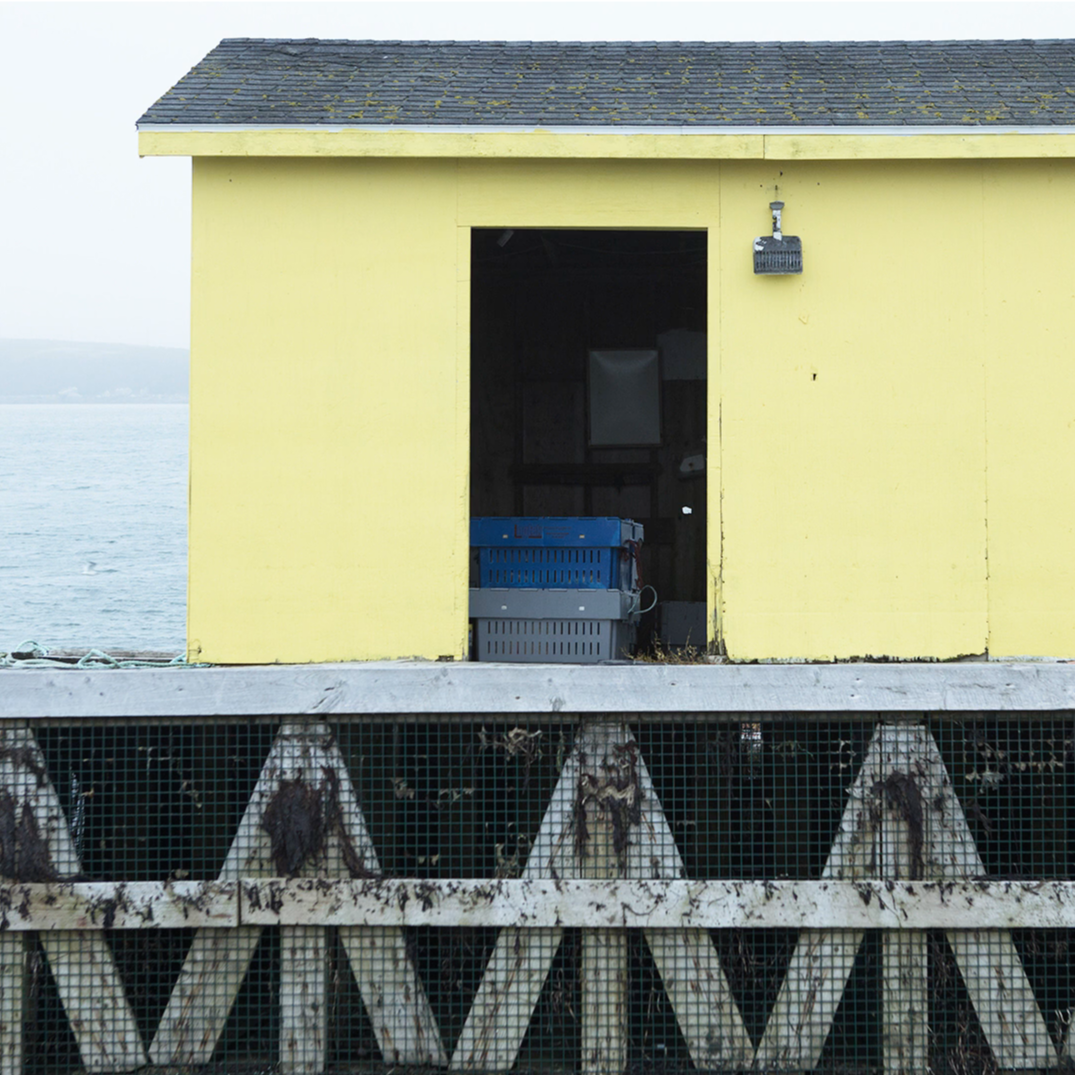 Grab your camera for a photo walk inspired by works on view in Ned Pratt: One Wave.

The ocean isn’t a prerequisite for this Studio from Home activity. Get creative and explore your surroundings! 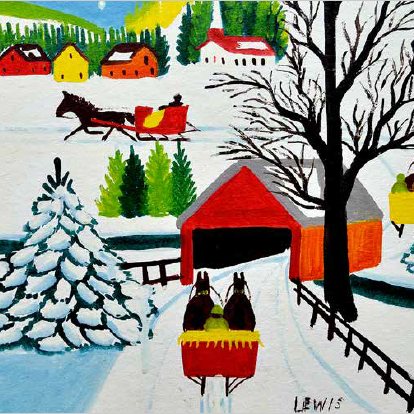 On Sunday, November 29, support the Gallery Shop and save!

For one day only, use discount code MSS25 online to receive 25%* off your order. Your purchase on #MuseumStoreSunday is an opportunity to directly support the Art Gallery of Nova Scotia. 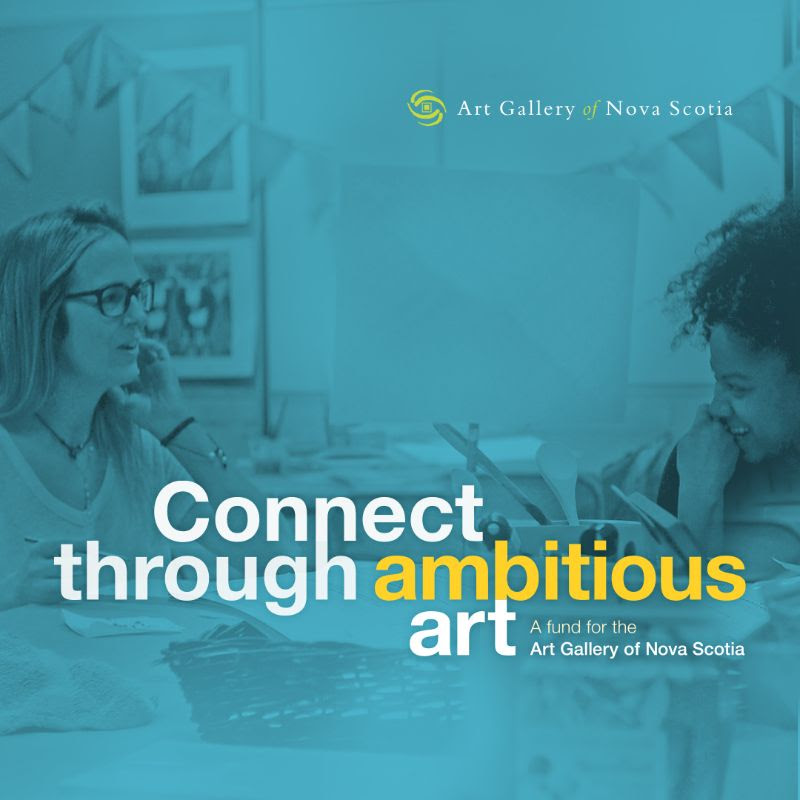 Art is needed now more than ever!

Every donation makes a difference.

Please note that the Art Gallery of Nova Scotia is temporarily closed until December 9, 2020, in accordance with the Province of Nova Scotia. We will keep you informed of any updates or extended closures.

Visit us online for at-home activities and for virtual tours of new exhibitions by Ned Pratt and Walter Ostrom.

Thank you all who showed up in Petite Riviere to support Christmas in Petite & visiting the Maritime Painted Saltbox during last weekend’s event. The event was a great success.  Your support of small business is much appreciated.

The Maritime Painted Saltbox will be open Saturdays and Sundays through until the Holidays, and by appointment.  We are following all the Covid-Protocols, wearing masks, sanitizing hands, and distancing.  If you are unavailable to travel during this pre-holiday season, please visit our website and if you see something that interests you, please contact us. And if you wish to visit outside the scheduled hours, email or telephone us to arrange a time.

ART 1274 HOLLIS GALLERY offers a new way to Shop Local – while closed during regular business hours due to the recent spike in Covid infections.

Private viewings are on offer for our December show, “Sparkle”, a group show designed for gift giving. Curbside pickup and free delivery in the HRM.

You will be able to Private message the artist to arrange payment, delivery/ pick up or mail out (postage will be extra)

Share our Page with your family and friends. We will also have a few giveaways.

Please join us for our 7th Online Art Show and Sale on Facebook from Thursday, Nov. 26 to Sunday, Nov. 29 to see a selection of artwork by Adriane Jacquard Art Chocolate Lake Studio Green Monster Brushstrokes, On The Flip Side Artworks and Furnishings by Liz Cole, RRoth Art along with our guest artists Arthead East Creations and Rhonda Barrett.

The Distinguished Community Service Award is presented to a member of the Saint Mary’s University Alumni Association who has made an outstanding contribution to their community.

Senator Moore, a current resident of Chester, was born in Halifax and graduated with a Commerce degree in 1964 and went on to study law at Dalhousie University, He received his Queen’s Council and honorary degrees from Saint Mary’s and NSCAD. Prior to being appointed to the Senate in 1996, Senator Moore was involved in municipal politics, serving as a municipal councillor and as Deputy Mayor in the late 70’s. He also served on the Saint Mary’s Board of Governors for 10 years and in the Royal Canadian Air Force.

Appointed to the Senate of Canada by the Right Honourable Jean Chrétien, Senator Moore represented the Province of Nova Scotia, under the designation of Stanhope St. / South Shore. He served in the Senate until his retirement in 2017. During this time, Senator Moore chaired the Canada – USA Inter-Parliamentary Group (Canadian Section) and the Art Advisory Working Group of the Senate of Canada. He also served on many Senate committees, too numerous to mention, ranging from Constitutional Affairs to Aboriginal Peoples. Senator Moore spearheaded the establishment of the NSCAD University and Town of Lunenburg, Nova Scotia, Residence/Studio Program for graduate students in 2006. In 2013, he led the founding of the Lunenburg School of the Arts to which he currently serves as Volunteer Chair.

In December, 2015, Senator Moore introduced Bill S-203 (End the Captivity of Whales and Dolphins). Following the longest legislative battle in the history of Canada (17 hearings, more then 40 witnesses), this Bill received Royal Assent and became law on June 21, 2019. In October, 2017, the Government of Bermuda appointed Senator Moore a Commissioner of the Sargasso Sea Commission where he continues to serve as a Commissioner. His book, entitled For the Record, was published in 2018. It contains the Senator’s Statements made by him during his service in the Senate, and an explanation of that part of the daily agenda of the Senate.
Senator Moore continues to keep a law office in Lunenburg and when he is not working or volunteering, he spends time with his wife, Jane Adams Ritcey and their two children, Nicholas and Alexandra and is enjoying their newest grandbaby, Willa, born in June of this year.

To learn more and see the full list of past recipients, please visit:
www.smu.ca/alumni/distinguished-community-service-award