(Halifax/ K’jipuktuk) Printmaker Dave Power’s work combines his interest in the technical side of printmaking with his knowledge of the buildings, marine environment, and landscape of Canada – especially the east coast. A former Marine Coppersmith, Power built his own printing press and discovered that working with the copper plates and the mechanics of the press interested him as much as the actual artwork. See Dave Power’s first solo exhibition, One of One, in the Corridor Gallery until July 30. 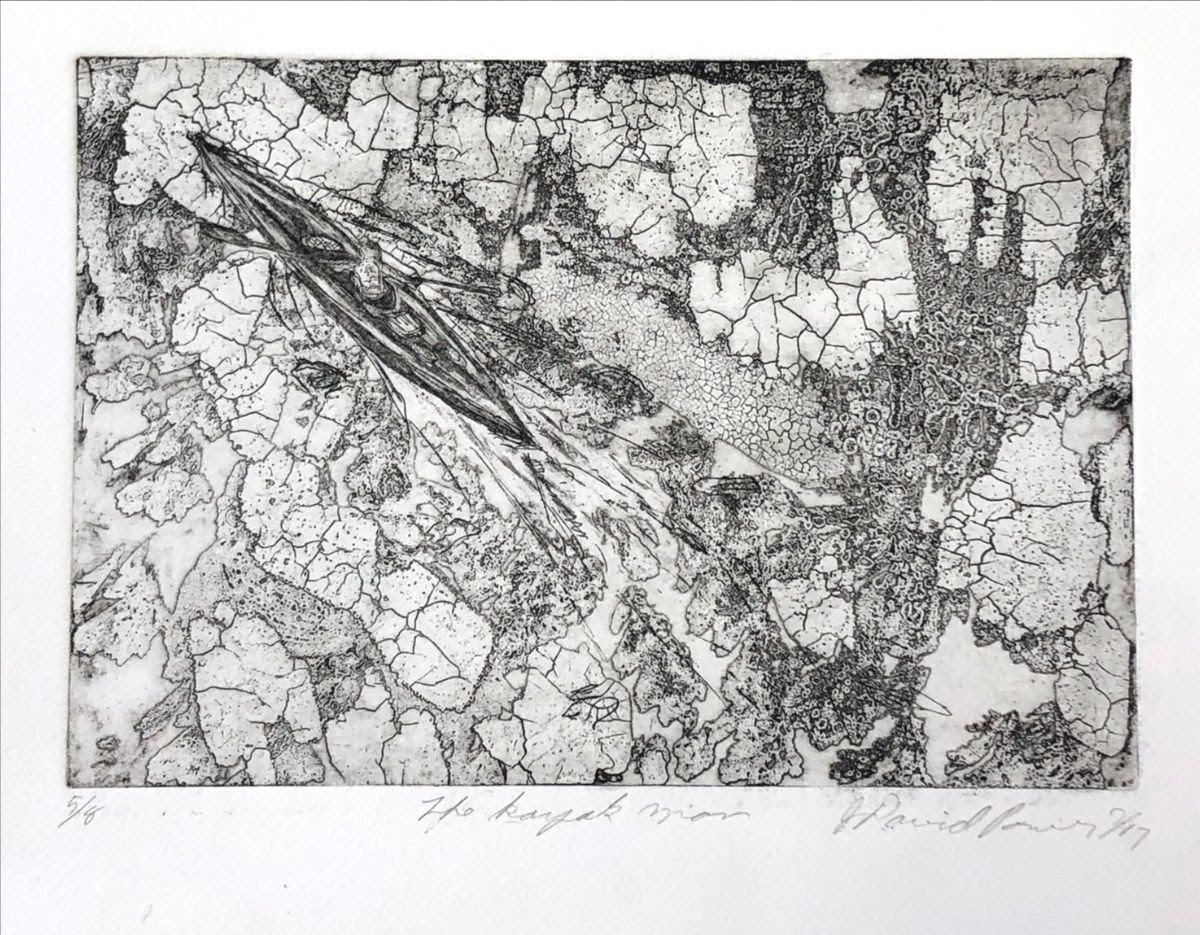 Power states:
Growing up in an artist family and having a mother who graduated from NSCAD and taught there in the 1930s, I was exposed to art my entire life but never took much of an interest. I dabbled in watercolors and oils for a short time and then one day took a serious look at a collection I had of my mother’s prints and copper plates from her early career. Being a Marine Coppersmith and being familiar with copper it all started to come together. I tried dry point and etching on my own and soon realized that to be serious with this I would need a press. I was able to design and construct one and turn my old basement rec room into a studio.

Dave Power is a self-taught printmaker who taken workshops with Bob Morouney and night classes at NSCADU with Maria Doering. In 2017 Power attended a summer workshop at Crown Point Press in San Francisco. Dave Power is a member of the Nova Scotia Printmakers (NSP) and Visual Arts Nova Scotia, and has participated in group exhibitions with NSP and was part of their print exchange, A Sense of Belonging.  He has also entered a few international print exchanges. 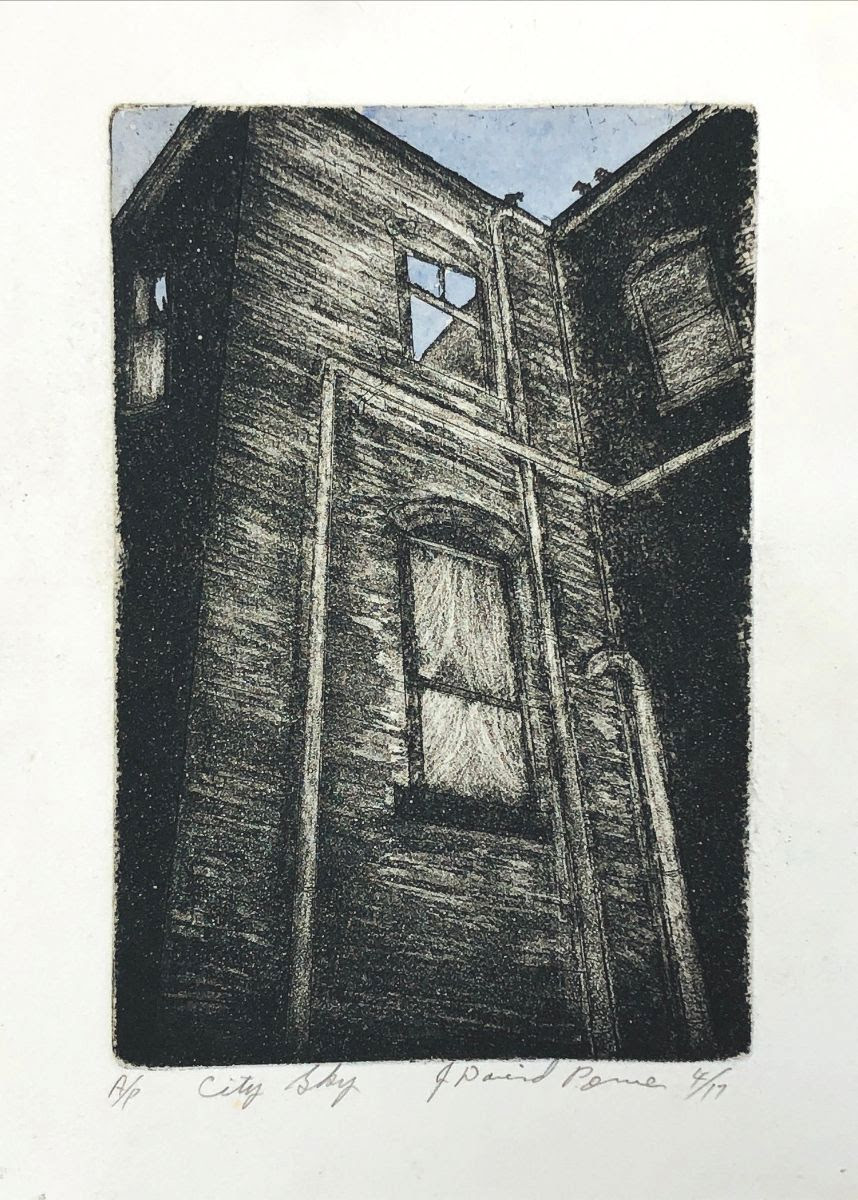